I hope you can travel safer than me!

Is it tale with drakes?
Is it all or frame?
Is it play or straight?
Is it fair or blame?

Is it love or mankind?
Is it grace and greed?
Is it copy and paste?
Is it gut or fear?

What have you done if not gone?
Is it the time or just the lockdown?
This is hi and bye
this is why and desire.

What have you done if not gone?
Is it the time or just one more scrape?
This is hi and bye
this is fake and might
this is false truth and white lie.

Lyrics and music  by Franz Bazzani 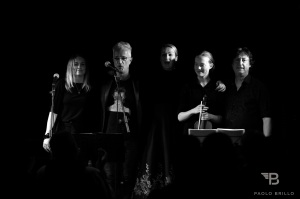 Before letting the message explain itself I would like to thanks Paolo Brillo for the great pictures.

…I’m the guy with the blue windbreaker (not exactly that famous blue raincoat…) on the left of the photo you posted on facebook.
Of course, feel free to use the photos, if you like. Both a pleasure and honor for me.
Once again I’d like to thank you and your band mates for the great show.
Your musical and lyrical approach to the music of Leonard Cohen is really special and somehow original.
The female voices keep any kind of comparison from his voice away and help appreciating as much your way of offering his songs.
It would be very difficult, if a man were the singer, but this avoid the risk.
Voices are perfect and the violin of Rebecca is the best soundtrack for the song with the guitar of Alan.
I knew him from since the days he was in John Martyn band, and then in many other bands, ad it’s always a surprise listen to his music, this time more then ever, as never heard him for an entire concert playing guitar.
Franz Bazzani adds his keyboards to complete the landscape of Cohen music.
As I told you after the show, when I had the news of this show, in January, I wrote Giamprimo that it would’ve surely been one of the concerts of the year.
Now I’m happy to make such a prophecy.
We all enjoyed the concert, and everyone I talk with had this same feeling, realizing that on that stage the artists were really having the same good time we had in the audience,
Give my best compliments to Siv and Rebecca and to the boys, too, of course.
You really got it, and in these days of pain and fear we’re all living in, your music helped us through the night.
Keep note of the love that you were so able to take out of Italy and come back soon in the next future.

I’ll be there, you may be sure.
All the best. 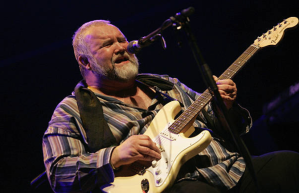 Cool to be part of this event.

Thanks to my friends from UK and Norway 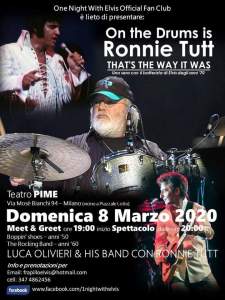 Check this out: Elvis night

One dollar bill by Andy Warhol